From the 8th century onward, this North African country has been a melting pot of dynasties and cultures having been ruled by various Muslim empires from the Idrissides and Almoravids to the Saadians and Alaouites, each bringing their own contributions creating the rich heritage and culture that exists today. It is from Morocco that Muslims took Islam to Europe and conquered the Iberian Peninsula and ruled over it for almost 800 years. 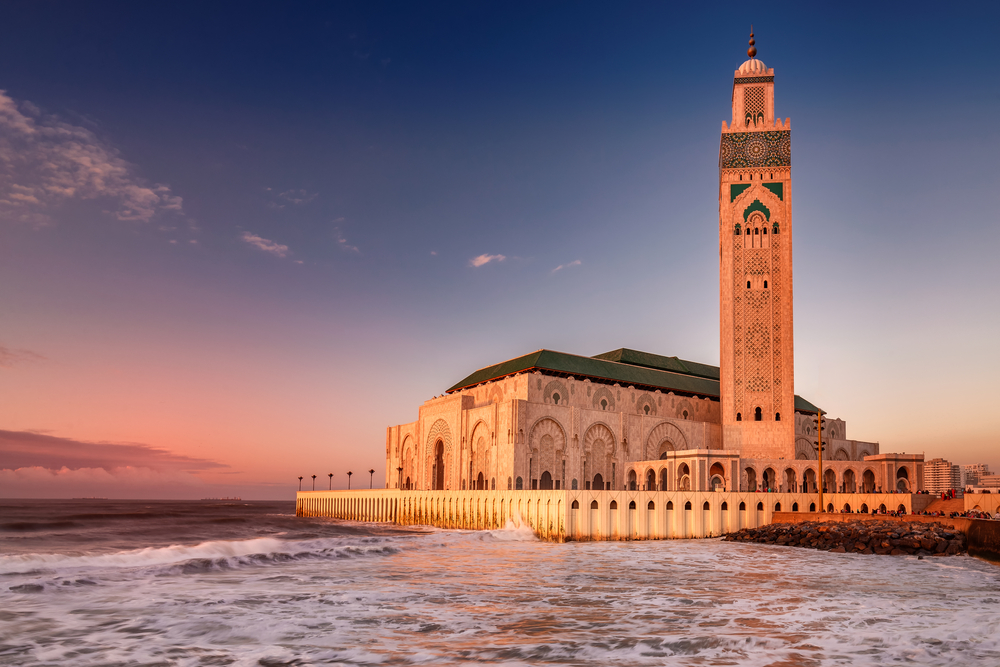 Morocco’s largest city, Casablanca, on the western edge of the country, close to the Atlantic Ocean, is renowned for its impressive and incredible variety of architecture stemming from Moorish, traditional Moroccan and French influences. A vibrant city that boasts modernity whilst maintaining close links to its Muslim Moroccan heritage.

The city boasts the second largest mosque in all of Africa as well as the seventh largest in the world, the Hassan II Mosque, which accommodates up to 25,000 worshippers and is partially built on land and partially over the ocean.   Spectacularly, the masjid is a main tourist attraction due to it having the world’s second largest minaret, towering high at 210m.

Rabat, Morocco’s capital city, located by the Atlantic Ocean, was originally founded in the 12th century as a military town by Almohad ruler Abdul Mu’min and grew into a full-scale fortress to use as a launching point in the conquest of Spain.  In the 17th century, when Muslims were expelled from the Iberian Peninsula, many of them migrated to Rabat, where many of their families still reside.

The 12th century Hassan Tower is a minaret of an incomplete mosque commissioned by Abu Yusuf Yaqub al-Mansur, the third Caliph of the Almohad Caliphate.  If completed it would have been the largest mosque in the western Muslim world, however, when the caliph died the construction stopped and all that remained was the 44m high minaret, beginnings of several walls and 348 columns.  From the mosques and fortresses of Rabat, you can see the deeply linked connection to the European history of Islam. 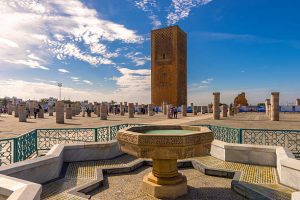 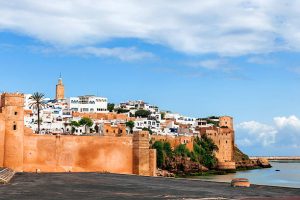 The oldest of Morocco’s imperial cities, Fez, was founded in 789 by the founder of the Idrissid dynasty and is also regarded as the founder of Morocco, Idris Ibn Abdallah.  The old city, referred to as medina, is a UNESCO World Heritage site, consisting of two parts, Fez el-Bali and Fez el-Jdid, originating from the 8th and 13th centuries and is considered to be one of the most extensive and well-conserved historic towns in the Muslim world.

Fez, considered the spiritual and cultural capital of Morocco, is also home to the world’s oldest continually operating university, the University of al-Qarawiyyin, which was established initially as a mosque by Fatima al-Fihri in 859 and then became a center for spiritual and educational learning. Along with historic fortresses and gates, the city has many examples of it centuries old Islamic heritage including madrassahs, mausoleums and mosques, including the Mosque of the Andalusians and the Bou Jeloud Mosque 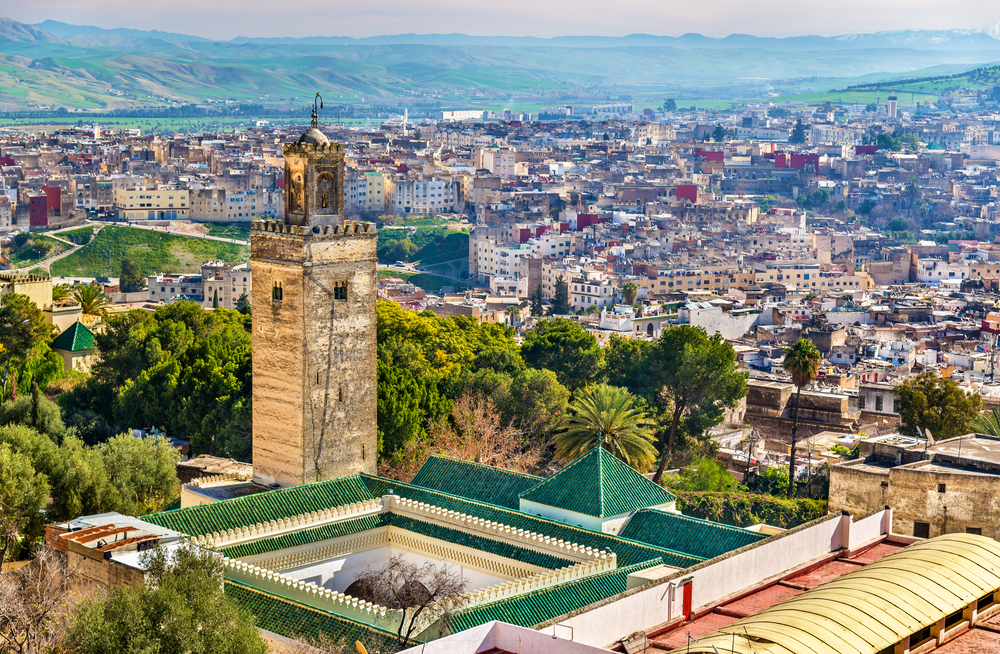 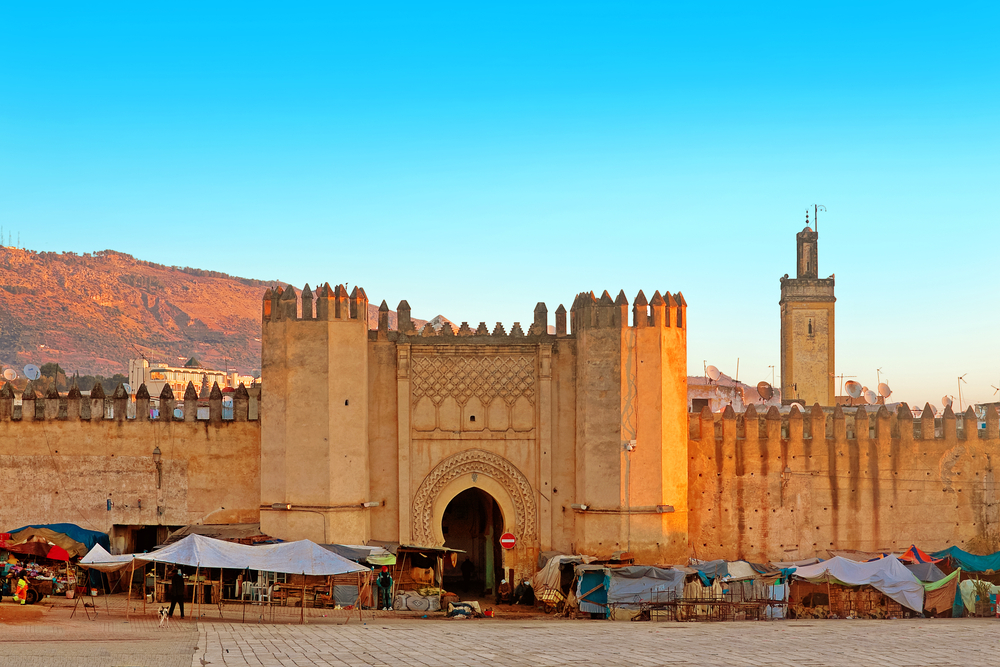 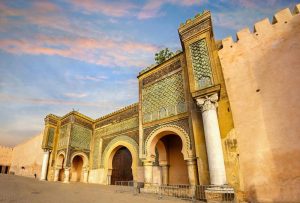 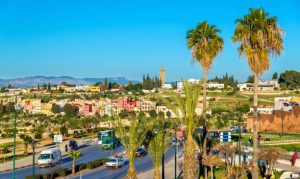 Meknes is a city in the heart of Morocco, located in the Atlas region, close to the archaeological site of the ancient Roman city of Volubilis.  The city was conquered by the Moravids in the 11th century, became the capital of Morocco under the reign of Sultan Moulay Ismail during the 17th century Alaouite rule.  Walk through the wonderfully narrow streets of the old city, gazing in admiration at the 17th century gates, mosques, vibrant buildings, bustling souks and the many other historical landmarks.

Meknes has many historic and treasured sites including several mosques, a mausoleum for Sultan Moulay Ismail and the famous Bou Inania madrassah, a 14th century Islamic school that is one of the most richly decorated buildings in the city. One of the historical gems is the Grand Mosque of Meknes, dating back to the 12th century and is the largest mosque in the city, covering an area of 3500 square feet.

Merzouga is a small Moroccan village near the Algerian border of the Sahara Desert.  A relatively remote region, popular for desert expeditions and overnight camps, it provides a great introduction to Berber food, culture and the lifestyle of the desert.  Of the large seas of dunes formed by the wind-blown sand, Erg Chebbi is quite popular and provides stunning postcard desert views.

If you have ever dreamed of lying on the dunes of desert sand, looking up at the stars, pondering life’s most important questions, then look no further than Merzouga.  Best experienced on camelback, you can ride or hike to the top of its tallest dune, over 500 feet high, and take in magnificent panoramic views of the sunset or sunrise.  You can venture even higher and enjoy breath-taking views if choose to take a hot air balloon rides over the Sahara. 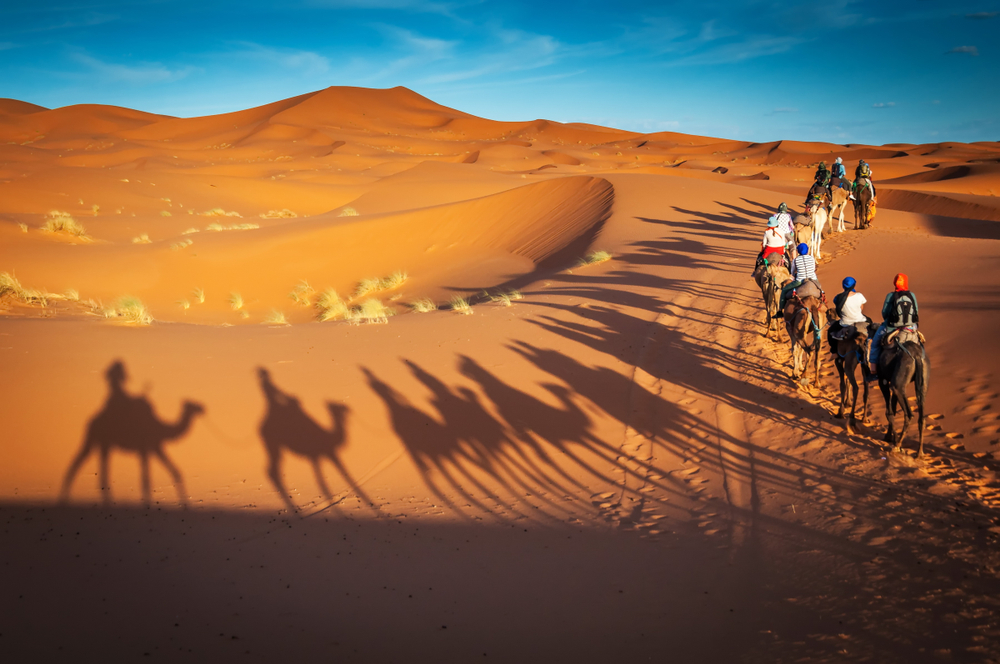 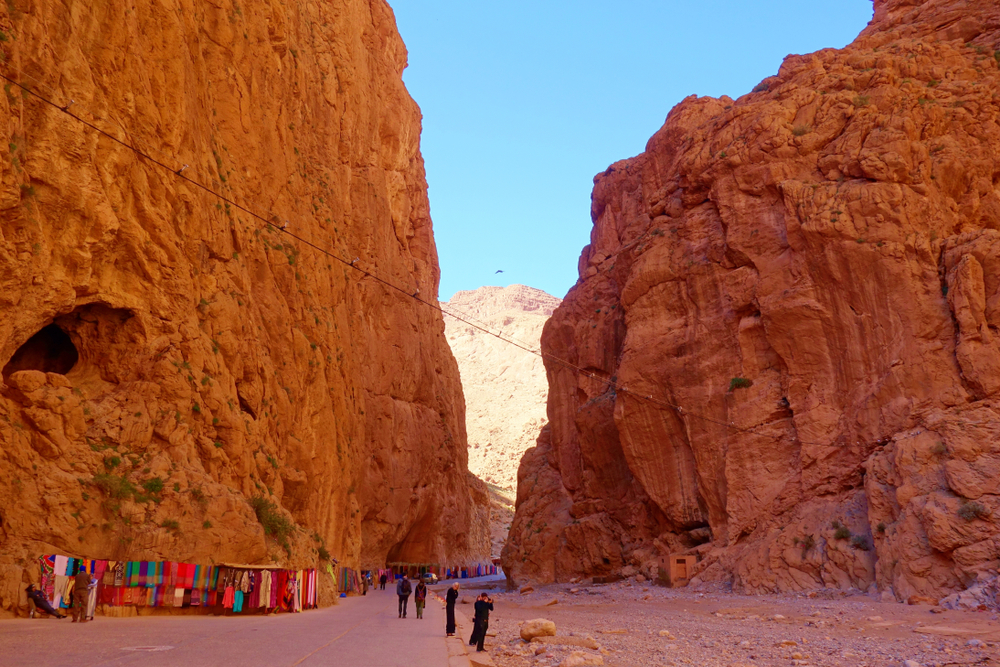 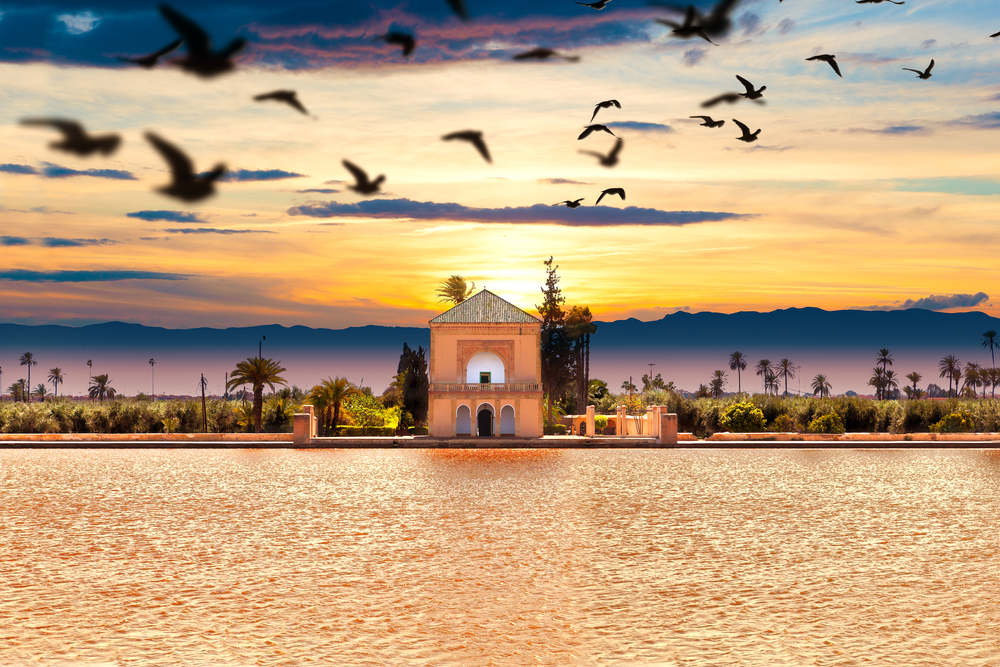 During the 11th century, the leader of the Moroccan Almoravid empire, Yusuf Ibn Tashfin, cofounded the city of Marrakesh, along with his cousin Abu Bakr Ibn Umar.  It is home to a number of historic 12th century mosques such as the Koutoubia Mosque, built right after the Almohads conquered Marrakesh from the Almoravids and the Ben Youssef Mosque built by Yusuf’s son.

The beautiful old city, or medina, is known as the red city because of the beaten clay that many of its buildings are made of and is listed as a UNESCO World Heritage site.  Be sure visit ElBadi Palace is the grand ruins of Sultan Ahmed al-Mansour’s once-spectacular palace, set within sunken gardens and boasting sweeping views over the medina.  One of Marrakesh’s biggest attractions Jemaa el-Fna, a large square in the heart of the medina, where you will find anything from snake charmers, street entertainers and hawkers.